For Love. For Honor. For Freedom.
All of the Macsen's Treasure Series books are available as ebooks in most formats, including Kindle, Apple's ibooks, Nook, Sony, Kobo, PDF and HTML. If for some reason you can't find them at the retailer's website, please go to Smashwords.com where all formats are downloadable. Enjoy!

Links to my other blogs

Kathleen Guler
My passion is writing historical fiction. The fourth and final book of the four-part Macsen's Treasure Series set in fifth-century Britain was released in September 2009 and won the 2010 Colorado Book Award and the 2010 Indie Excellence Award, both in the Historical Fiction category. I am a member of the Historical Novel Society, the International Arthurian Society, and participate in various writing groups.

Become a fan of the Macsen's Treasure Series Facebook page!

.
Widely recognized for her multi-award winning “Macsen’s Treasure” series, Kathleen Cunningham Guler reintroduces readers to its beginnings.
Combining legend and actual history of fifth century Britain, Guler brings to life the pre-Arthurian time of 459 AD. With every chapter, an awakening sense of place, time and culture engages the reader, and the emotional wholeness of the story’s characters achieves a convincing reality.
Marcus ap Iorwerth spies for a clandestine alliance that will depose Vortigern, the man whose hired mercenaries have killed and displaced the old landholders. With the Romans long gone and lands divided among 29 warlords, Britain lies open to invasion, from Picts in the north, Irish from the west, and Germanic tribes from the continent. Marcus, while on a mission to identity those who would prevent the rightful King Ambrosius from ascending to the throne, meets the young woman Claerwen. Her clan has been victimized by Vortigern’s men.
Claerwen’s gift of visions, known as “fire in the head,” adds a mystical quality to the ongoing battle for power. When word comes of Marcus’s death, she refuses to accept what the world around her would have her believe and embarks alone to find the “other half of my soul.” As they journey into the path of gods, Marcus and Claerwen come to understand where destiny is leading them, and the name she has been hearing in visions.
Guler’s historical fiction gives the reader more than a well-told, captivating story of adventure and love. In a time when lawlessness and suspicion pervaded among the ruling power, an unquenchable desire for something better remained strong. This book leaves the reader with that hopefulness, a welcome feeling in today’s world of apparent disarray.
Harriet Freiberger, for Steamboat Magazine, Spring 2012

.
Posted by Kathleen Guler at 8:12 AM No comments:

I'm utterly thrilled and humbled to announce that A Land Beyond Ravens has won the Colorado Book Award for historical fiction! YAYYYYYYYYYYYYYYYY!!!

This is part of a press release my publisher is sending out:

Longtime Colorado resident Kathleen Guler has won the Colorado Book Award in historical fiction for her novel, A Land Beyond Ravens. Guler accepted the award in Aspen on Friday (June 25, 2010).

Reviews have hailed the book as “one of the most historically realistic Arthurian novels ever written, a thoroughly mature work...” The book tells the story of a spy and master of disguise in fifth century Britain who, while being squeezed between the politics of two powerful kings, accidentally sparks off what becomes the quest for the holy grail.

“Twenty years ago today, I adopted Colorado as my home, and now I feel like Colorado has adopted me back,” Guler said in her acceptance speech. She then read a brief passage from her book.

The prestigious Colorado Book Award is sponsored by Colorado Humanities’ Center for the Book, established as the state-based affiliate of the National Endowment for the Humanities.

A Land Beyond Ravens, as well as the other books in the Macsen's Treasure Series are available by order from any book store or online venue. It is also available in ebook format at Smashwords.com: http://www.smashwords.com/books/view/15861

Posted by Kathleen Guler at 1:08 PM No comments:

And one more award!

While waiting for the final results on the Colorado Book Award (won't know until June 25) I received word that A LAND BEYOND RAVENS has won First Place in the Historical Fiction category in the 2010 National Indie Excellence Awards! Here is the entire list:

The sponsors have also made a video of all the winners' book covers:

http://indieexcellence.com/winners-2010.htm
Posted by Kathleen Guler at 1:50 PM No comments:

A Land Beyond Ravens has been shortlisted in the Historical Fiction category of the 2010 Colorado Book Awards! This is the most prestigious statewide award in Colorado, where I live. Woo-hoo!!!! Prior to the Awards ceremony, I'll be joining other finalists for books signings and readings throughout the state, including a book fair at the downtown Denver Barnes & Noble, May 14-16. More info on this soon. Final results of the Awards will be given Friday, June 25 in Aspen during the Aspen Summer Words Literary Festival. Fingers crossed for luck!
Posted by Kathleen Guler at 4:32 PM No comments:

Another award for A Land Beyond Ravens! 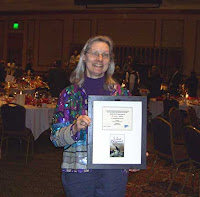 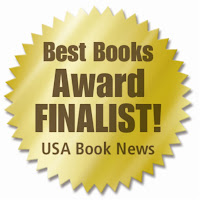 Great news! A LAND BEYOND RAVENS finaled in The National Best Books 2009 Awards, in the Fiction & Literature: Historical Fiction category!

http://www.usabooknews.com/2009bestbooksawards.html
Posted by Kathleen Guler at 10:49 AM No comments:

I will be on a virtual book tour for my new book A Land Beyond Ravens, starting 5 October. Here are the stops I'll be making. Please stop by and feel free to leave some comments!

8 Oct: The Review From Here http://www.reviewfromhere.com/

14 Oct: In My Youth http://inmyyouth.wordpress.com/

30 Oct: The Story Behind the Book http://thestorybehindthebook.wordpress.com/
Posted by Kathleen Guler at 11:19 AM 1 comment: